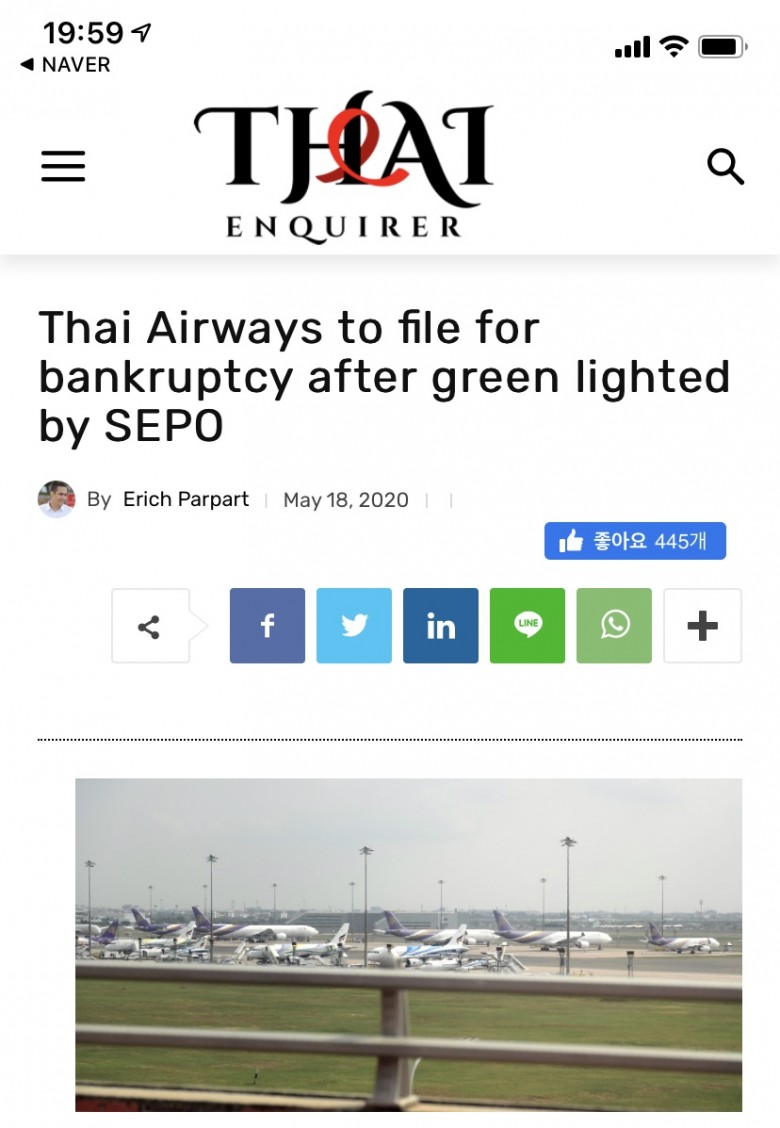 The State Enterprise Policy Office (SEPO) approved, on Monday, Thai Airways International (THAI)’s rehabilitation plan which will allow it to file for a bankruptcy.

Government spokesperson Narumon Pinyosinwat said after the SEPO meeting that THAI is to file for the bankruptcy with the Central Bankruptcy Court in Thailand after being green lit by the prime minister during the meeting.

When asked by reporters whether the Ministry of Finance will lower its holding of THAI’s shares to be less than 50 per cent, Narumon was noncommittal.

THAI’s loan repayment deadline is set for the end of May but the airlines is unable to meet its obligation due to the ongoing coronavirus pandemic which has halted the operations of airlines around the world.

The airline said in early April that they only have enough cash left to pay their employees’ wages for one month as the yearly budget for 2020 is now down to 10-12 billion baht.