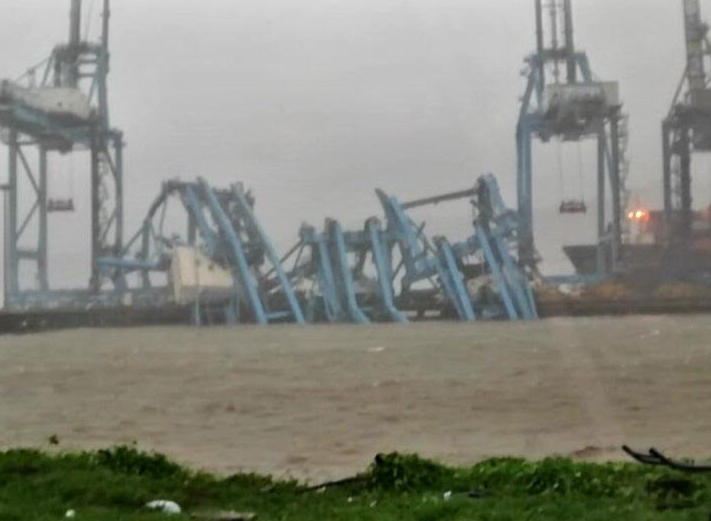 Three cranes collapsed in heavy rains and strong winds on Wednesday at Jawaharlal Nehru Port (JNPT), one of the largest ports in India.

“Due to strong winds, three large cranes have fallen down. We are assessing the damage. Fortunately, there is no damage to human life,” said Sanjay Sethi, chairman of JNPT, told local press.

According to Sethi, operations at the port were halted due to the weather conditions before the incident happened and the collapsed cranes are worth Rs 110 crore ($14.6m).

Apart from the three cranes, some minor infrastructure including electric poles were also knocked down by the wind. A cargo vessel at the port also drifting away and had to be stabilised by a tug.

The heavy rain also damaged other infrastructure including road and railway in the region.